The dying wish of a college sex educator 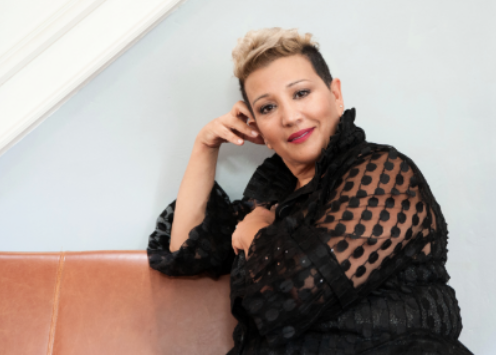 Photo of Maria Falzone, sent to the record by her PR representative Nicole Gould.

Maria Falzone is a successful comedian who has performed ABC, A&E, Showtime, and alongside Kathy Griffin, Robin Williams, Paula Poundstone and other greats.

But her greatest comedic success has to do with sex education on college campuses.

She has a 90-minute show called “Sex Rules,” which is one of the most popular, hilarious and impactful programs that teach students about safe sex. Falzone has performed the act at thousands of schools over the past twenty years, drawing over 1,200 students to the performances.

In the summer of 2018, Maria was diagnosed with terminal liver bile duct cancer, a very rare but aggressive form of cancer. The worst case scenario was that she has four to six months left to live. She has been taking a look back at her career as a sex educator and wants to share her findings of what works, what doesn’t and what needs to be done differently in the future.

Over the course of her career, Maria has seen the way our society talks about sex change immensely. When she first started lecturing at Indiana State, she would get booed when discussing LGBTQ+ issues. In her most recent performance there, students cheered and applauded when asked if they would be okay with having a gay roommate.

She has learned that people are still very afraid of sex (despite its overabundance in the media) and come to college with much less information than they should have.

According to Maria, one of the biggest lies society tells its youth is that exclusively for people who “love each other.”

She comments, “However, just because someone ‘loves’ a friend or relative does not mean they should be having sex. Nor does it mean that two people who are in love are ready.”

Maria is tossing out the old adage and bringing in new rules to see if a young couple is ready for sex. An example is, asking if they’d be comfortable having sex with the lights on, meaning are they comfortable enough with themselves and their partner to be fully seen? Another is: does each person know how they personally like to be touched? She goes on to say that, “partners are not mind readers, and if each individual knows what feels good, they can share that.”

Maria believes that the #1 way to prevent your child from being sexually assaulted is to teach them about sex, their genitals and what is appropriate and inappropriate touching from infancy. Her work in this area has shown her that predators identify victims by asking children if they know the name of their genitals. If they don’t, it allows the predator to take advantage.

“Knowledge about sex is power,” Maria says “ the more your child knows, however uncomfortable it may feel as a parent, the safer they are.”

After devoting her life to making sex safer, more empowering and more fun, Maria is eager to share her dying wish: that parents teach children about sex in their own homes. She firmly believes that it is not the role of teachers to educate children about this. Any school programming should be supplemental to what information parents provide.

Maria has been a true inspiration to many, and able to educate the youth in a comedic yet informative way.