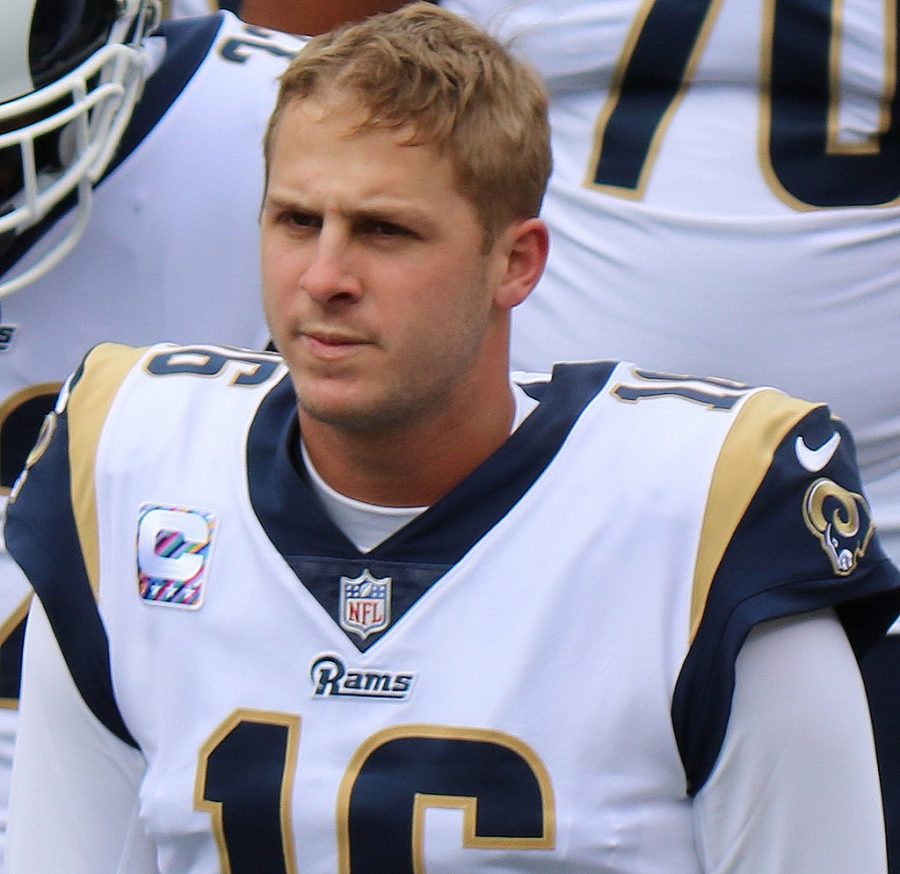 It was a mediocre Sunday in Week 11, but it was all worth it come Monday night. In the game of all games, this goliath versus goliath shootout for the ages was hyped up for months. Two of the best offenses in the National Football League both 9-1, faceoff in a potential Super Bowl preview. It had all the drama, two of the best offensive minds in the game, the game was relocated from Mexico City due to poor field conditions, not to mention the talent on both sides of the ball. Almost too good to be true, but wow did this game deliver. The Los Angeles Rams defeated the Kansas City Chiefs 54-51 in what was one of the greatest offensive outputs in the modern football era. This game was the highest scoring Monday Night Football game in history and the third-highest point total ever in the NFL. Not only as an avid fantasy player but as a football fan in general, this was truly a great experience to witness and bodes well for the future of the game. It looks like the league is in good hands with this young crop of stars.

Just like that were down to the last two weeks before fantasy football playoffs begin, and you’d better be ready. Whether you’ve clinched your spot in the playoffs, fighting for a spot, or on the outside looking in, it all comes down to these last few weeks. The waiver wire is more important now than ever before as this is the last push before the real battle begins. The decisions you make now may be the difference between winning and losing come playoff time. Set yourself up for success.

A lot of the names that will be discussed today are names that have been mentioned in the past, so it should be no surprise to anyone that their breakout came. Being able to say that a certain player is emerging and making note of that is one thing, it’s another to call the game in which he finally produces. For two of the players previously mentioned their big breakouts came this past week in Week 11.

D.J. Moore of the Carolina Panthers has been up and down since he was first brought up in Week 8 but those who kept the faith and held on to him were graciously rewarded after he erupted for seven grabs for 157 yards and a touchdown in the Panthers’ loss to the Lions. Moore now has two big games in between two duds but we have to keep in mind that these rookie wide receivers are known to start producing more in the second half of seasons as they grown keener to the offense and solidify their relationship with the quarterback. If you didn’t pick him up after Week 8 shame on you, good thing you might have a second chance. Owned in 40 percent of Yahoo leagues, Moore is a must-add and his playoff schedule warrants him starting consideration moving forward.

It’s been a while since we’ve really heard anything from New Orleans rookie wide-out Tre’Quan Smith, but he made his presence known once again after torching the Philadelphia Eagles to the tune of 10 grabs on 13 targets for 157 yards and a touchdown this past week. This came as a huge surprise after he put up a zero the week before. I must admit, I dropped him myself after that poor performance. He must have found out because he absolutely went off. Smith had a hard time building off of his last breakout game but after the Dez Bryant experiment, this might be just the kind of game needed from Smith to earn him a larger role. The Saints are a hard team to gauge. They have two great running backs and could feature that one game and then turn around and throw the ball to Michael Thomas 25 times the next game. You never quite know which Saints team you’ll see from week to week but with Brees having an MVP season, I’ll take my chances with the second pass-catcher on the Saints all day. Owned in just 27 percent of Yahoo leagues. Smith needs to be rostered everywhere.

This next came out of the woodwork but may have just landed himself the starting job in the backfield for one of the most run-heavy teams in the league. Gus Edwards, yes Gus Edwards for the Baltimore Ravens came out of nowhere and rushed the ball 15 times for 115 yards and touchdown in their Week 11 win over the Bengals. Edwards doesn’t even have a picture on Fantasy Football applications because I don’t think anyone knew he existed. Besides coach John Harbaugh.

“He gives us that back that we probably didn’t have earlier in the year,” Harbaugh said at a press conference after the game. We’ve got four different guys who have different styles. I think that’s a plus for us.”

Let’s try and dissect this phenomenon. On one hand, the emergence of Gus Edwards came in the same game rookie quarterback Lamar Jackson saw his first start, coincidence? I think not. Edwards has mouth-watering matchups for a running back from a fantasy standpoint but is this too good to be true? This could indeed be a trap, a one-week blip before Edwards crawls back into the hole from whence he came. But what if it isn’t? This guy has five of the worst run defenses in a row through Week 15 and he’s on one of the most run-happy offenses in the league. I truly don’t know what this means but I know I’d love to have him to see how this all plays out. Maybe it’s a trap but with that said I’ve weighed the options and I’m taking the bait. Edwards is owned in just seven percent of Yahoo leagues. Maybe this next week they’ll add his roster picture in there.

It’s time to handcuff your stud running backs. This is for all the Kareem Hunt, Todd Gurley, Melvin Gordon, Joe Mixon, James Conner owners out there. These running backs are vital to both their NFL franchises and your fantasy franchise. They have viable backups and god forbid anything ever happened to one of them you want to make sure the backup is on your team and not your opponents.

We have a great slate of matchups headed into Thanksgiving Day and I wish you and your family the best. Enjoy the holiday and don’t try the fig. I wish you the best of luck this week and may the fantasy gods be ever in your favor. Until next week.