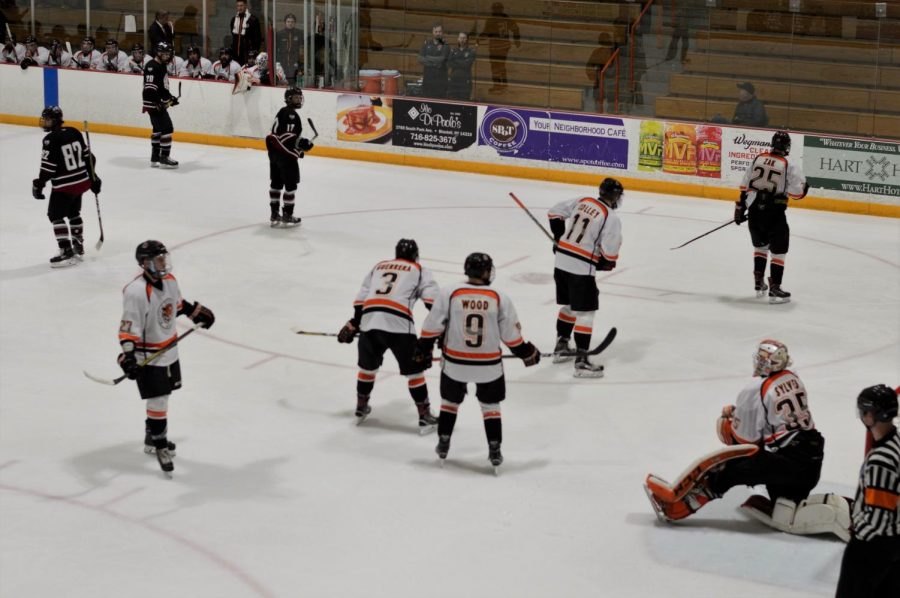 The normally stellar Bengal penalty kill was nowhere to be found Saturday night.

Anthony Passero, a former Bengal, netted two assists while Joe Molinaro picked up a hat-trick for Oswego as Buffalo State fell to a record of 3-3-1 (1-2-1 SUNYC).

“It was fun,” said Passero, who played for Bengals the previous two seasons. “I miss this place a little bit and some of the boys. It was good to get out there and play against them. It was definitely good to get a win here.”

Passero found Molinaro on the power play for the game’s first goal with about five minutes left in the first period.

A few minutes later, Buffalo State goaltender Connor Minch misplayed the puck in the corner and it went to the stick of Josh Zizek, who was parked in front of the open net for the easy goal, handing the Lakers a 2-0 lead at the first intermission.

The Bengals fought back in the second period. Colin O’Connor fired a slap shot to cut the deficit to one less than two minutes into the period.

However later in the period, Molinaro took advantage on the power play again, slipping the puck inside the post to give his team a two-goal lead again.

Buffalo State entered the game having killed off over 80 percent of their 26 penalties this season but gave up two goals on three trips to the box Saturday. Meanwhile, the power play had just as dismal of an outing going 0-for-4, only mustering two shots.

“All special teams let us down,” Bengals’ coach Steve Murphy said. “We didn’t come up with a big goal on the power play and we gave up two on the kill. You can’t do that against anybody, let alone a ranked opponent.”

Molinaro capped off his night with an empty net goal for the Lakers with 1:53 to go.

“I think we’ve done a lot of good things, but we’ve done them inconsistently,” Murphy said. “We don’t want to do them all the time. There have been points where we’ve wanted things to come the easy way. The quicker we learn that that’s not how we’re going to be successful the quicker we can dig ourselves out of this .500 record.”

The Bengals will pick things up after the Thanksgiving break as they take on the Plattsburgh Cardinals on Friday, Nov. 30 at 7 p.m. in Plattsburgh.