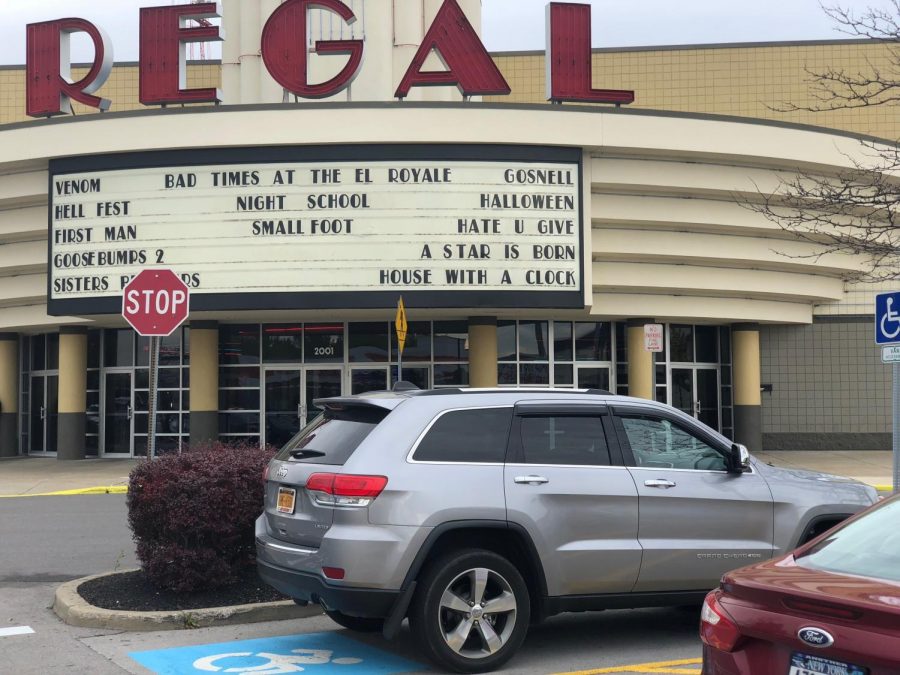 Drew Goddard takes audiences back to 1968 for a thrilling drama-meets-mystery of a hotel split up by state lines, that has a dark secret. Goddard pulls out all the stops to make this film as suspenseful as his previous movie “The Martian,” also with a feeling almost as eerie as his earlier films “Cabin in The Woods” and “Cloverfield.”

Four people show up to the El Royal, a hotel split down the middle by California and Nevada, known for its extravagant parties and famous/important guests, but it looks like it’s been a while since those days. These guests all encounter each other in the lobby. This includes a priest, a singer, a hippie, a businessman, as well as the only worker in the hotel who kept them waiting in that lobby.

There is no long build up of usual mystery movies here. Goddard characterizes each person as the story goes on with a a room number then a flashback, the moment that character encounters something in the hotel. While it’s a longer movie, this keeps it paced well and not feeling dragged to climax.

Quickly into the movie, it’s found that the people staying the night have just as dark secrets as the hotel has. This becomes a problem when the business man, played by Jon Hamm, discovers that the hotel rooms are bugged and have two way mirrors set up in each room.

This is where things pick up and events start unraveling. A priest in search of unholy money, a singer looking to escape her past, a possible kidnapping, a film real containing something that could change history forever all leading to an unexpected visit by a cult leader named Billy Lee, played by Chris Hemsworth.

All these actions going on may seem like too much for the mind to follow in only two hours and twenty minutes but it simmers well and it’s hard to take your eyes of the screen. All while containing references to the pop culture and even some important events of the past.

With stellar performances from the cast of Jeff Bridges, Cynthia Erivo, Dakota Johnson and Lewis Pullman, all these events lead up to the guests in the El Royal clashing in an action packed climax that will leave your jaw on the floor.