It’s complicated; the relationship between college students and voting 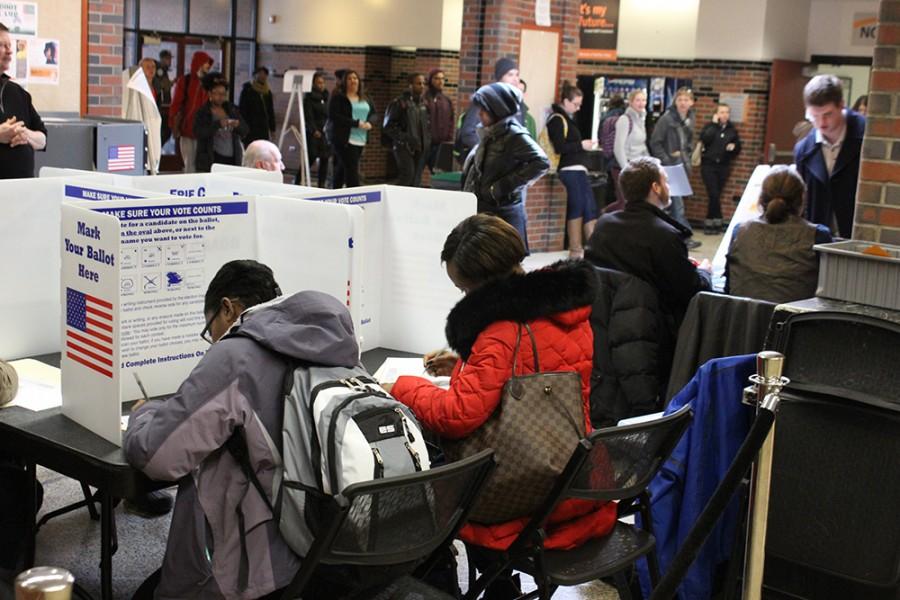 Do you plan to vote in the midterm elections on Nov. 6?

Chances are, half of you answered no to that question.

A report published by Tufts University showed that just 48.3 percent of college students voted in the 2016 election. That number is up from the 2012 election which saw just 45.1 percent of students vote.

Voting is one of the best ways to have our voices heard in democracy, and to make a legitimate change in society, so why isn’t this right being exercised among college students?

“One, it’s a socialization process and you get socialized into doing it and then once you start doing it, the research shows that you keep doing it. It’s getting people started,” Yacobucci said.

“People that are college age are transient. We have a registration system on where you live so a lot of students may have registered when they were 18-years-old in high school, but they are registered in their hometown. We place a burden on them to re-register or to vote absentee in their hometown and any time you put additional hurdles it makes it more difficult,” Yacobucci said.

As far as getting more students to vote, Yacobucci said repeated efforts and increased socialization is key.

“It takes repeated efforts of constantly talking about it and constantly getting people registered,” Yacobucci said.

On campus, the New York State Public Interest Research Group, or NYPIRG, is trying to get more students to register to vote and trying to educate voters.

Scott Benedict is the project coordinator of NYPIRG at Buffalo State. He said college students don’t inherently not want to vote, but it can be somewhat of a challenging process for students to figure out how to register to vote and where they can vote.

“I think there is just a lot of confusing information that’s out there for folks that they have an understanding that ‘oh I’m registered, I’m good forever’ but it’s not that simple so I think there just needs to be more general education given,” Benedict said.

Currently, the polling place for Buffalo State students is located at the Arese-Matters Community Center at 50 Rees St. Benedict thinks moving the polling location back onto the Buffalo State campus could be a huge step to increase voter turnout among students.

“By simply moving it to a more accessible location, on a Tuesday when folks probably have classes, it will give them the opportunity to vote and it will make it a lot easier for them throughout the day,” Benedict said.

“I feel they don’t have enough time even though it doesn’t take that long, but it could also be that we think minor elections don’t matter as much as the larger ones,” Sengbusch said. “People don’t understand what the smaller elections are for so I think education when we are young is the first step.”

Another Buffalo State student, John Propis, said college students don’t vote because what is going on may not be affecting their lives, but there are steps that can be taken to increase student voting.

“Have better candidates for high positions, based on the past elections and emphasize voting in high school for the future of those kids,” Propis said.

Propis also said he feels it is important to go out and vote in order to have your voice heard.

“It is important to go out and vote to make a difference, many people think their vote doesn’t count and maybe it might not but it’s important for everyone to have a voice,” Propis said.

Louie Edwards, a Buffalo State student, has a different view on elections and why students don’t vote.

“I personally think people don’t vote because they think no matter who wins nothing will change. Same stuff, different election. They also feel the system is corrupt or rigged,” Edwards said.

Edwards says he thinks voting is important but he also feels it is not important in some ways.

“I don’t think I’ve ever felt a huge change when presidents or governors get elected. However when you believe the right candidate comes, someone you believe will change life for the better, vote for them,” Edwards said.

National voter registration day is on Tuesday, Sept. 25. The Buffalo and Erie County Public Library has a registration station open from 11 a.m. to 2 p.m.