Volleyball gets first win of the season; sweeps D’Youville, 3-0 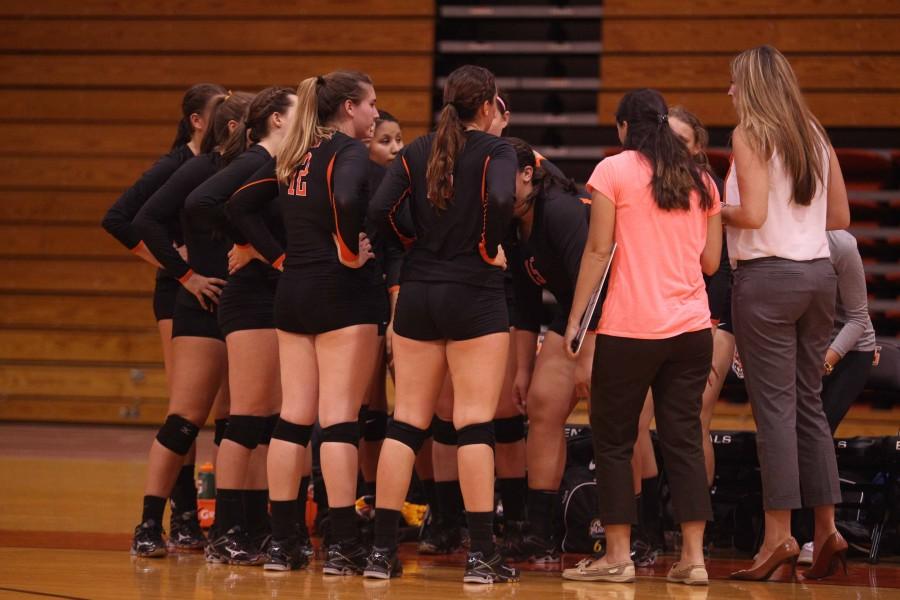 According to SUNY Buffalo State Women’s Volleyball coach Maria Roberts, if you can capitalize on a team early it makes it easy to keep the momentum.

The Bengals started their fifth game of the season with five straight points and jumped out to an early lead 8-1 in the first set as Buffalo State went on to sweep the D’Youville Spartans, 3-0, for their first win of the season.

“It felt really great, I think it could’ve been our third or fourth win but it is what it is and we just need to keep moving on,” Roberts said.

After the 5-0 run to start the game, Buffalo State continued to dominate the first set going on to win 25-13.

Buffalo State won the second set, which was a lot closer than the first. D’Youville jumped to an early lead, but the Bengals answered winning the set 25-20.

“Our passing was more inconsistent that second set so when it started to turn on our offense was able to get back to where it needed to be,” Roberts said.

During the second set Buffalo State went on a run of five straight points, with junior Eimile O’Brien serving for four of them. O’Brien led the team with seven kills in the game.

The third set was similar to the first. Buffalo State started out with three straight points and kept lead the entire set and as they won it 25-17.

Before the season began, Roberts said her goal was to win games from the back of the court this year. Wednesday night, Roberts saw a lot of improvement in of the area but there’s still a long way to go.

“We still need to be a lot better back row,” Roberts said. “ I definitely think our backcourt stepped it up a lot from this weekend because that was a big component of what was missing.”

A major part of the back row is junior libero Hanna Cormier, who had a team-high 11 digs for the Bengals.

“Talking non-stop, knowing where everyone is on the court, following every ball, effort in every single rally so she’s doing really well right now and we’re really excited about her play,” Roberts said of Cormier.

Cormier takes pride in how vocal she is and tries to provide the energy on the court.

“Even if I’m on the back row I will jump in the front row and start screaming in their faces to try and pump them up as much as possible,” Cormier said. “On the back row, I try and make sure everybody knows where they are supposed to go on the court.”

The Bengals started the season 0-4, but Roberts said the nerves are starting to leave their systems and that mental toughness is developing.

“We’re not playing just to play, we’re playing to win and playing for each other not just ourselves,” Cormier said. “We’re playing for the whole team, for Buff State and for the name.”