Symbiosis between politics and propaganda continues to evolve 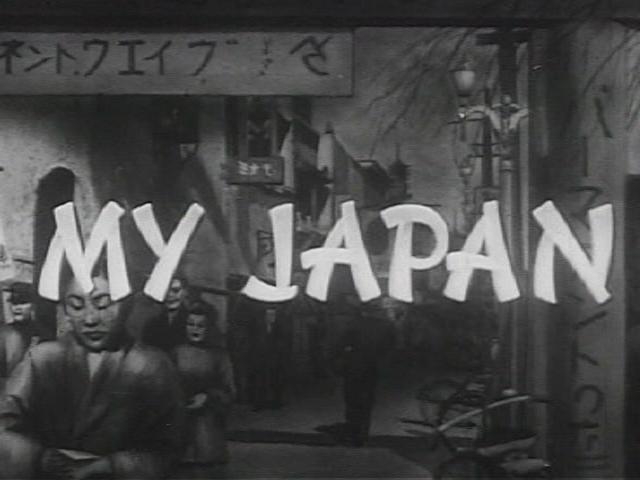 In recent years, politics is something that isn’t taken likely, however, everyone has the idea of what a leader should be. One person who knew about politics, almost too well, is Edward Bernays. Commonly known as the father of public relations, Bernays knew all too well about the dark side of public relations… propaganda.

In chapter six of Bernays book, Propaganda, he discusses how politics has evolved from a leader being a man of the people instead to being that a leader is above the people. The current president is more than evidence of this. Most people are more comfortable with corporations than they are with their own government. Bernays writes about Benjamin Disraeli cynically saying, “I must follow the people. Am I not their leader?” However, Bernays than says he could have added, “I must lead the people. Am I not their servant?”

Not many politicians operate this way, both when they are in office and when they are running a campaign. Bernays also delves into this by saying, “But given our present political conditions under which every office seeker must cater to the vote of the masses, the only means by which the born leader can lead is the expert use of propaganda.” Much of what Bernays states was proven true by the events of the 2016 Presidential Election, particularly the campaign of Donald Trump.

His campaign relied heavily on being able to promote an image that America a broken country with so many problems that he is the only one who can fix them His campaign slogan, make America Great Again, can be cited as one of the factors that contributed so heavily to his success. His 2020 re-election campaign slogan, Keep America Great, demonstrates just how the country will continue to need him to make monumental changes. However, this is only necessary for politicians to get into office.

Once there they can go back on the campaign promises that they made. In the ABC sitcom, Spin City, the character of Michael Flaherty says, “we have lived up to seventy percent of our campaign promises, and let’s face it the other thirty we knew were impossible coming in.” This is how politicians keep their campaigns alive because they are based on the seventy percent that are attainable and seem plausible to people.

Bernays also talks about how the lead up to elections can be considered somewhat like a real-life soap opera. He writes, “But these are merely the sideshows, the drums, of big business by which it builds up an image of public service, and of honorary service.” Many people felt that Donald Trump talking about the FBI investigation of Hillary Clinton’s emails gave way to people not trusting her ability to be the President.

Another line from the book shows this. Bernays says, “The emotions of oratory have been worn down through long years of overuse.” People at the Republican National Convention were shouting, “LOCK HER UP”, because everyone felt that she was not given justice based on what Trump kept saying. In this case, the ears override the eyes.

Stephen Apkon, the writer of the book, The Art of the Image, wrote in that book about how the yes are important due to their connection to reality. More often than not people are given what is the perception of their reality but the eyes show us what is real. Throughout chapter four of Stephen Apkon’s book, The Art of the Image, he demonstrates just how people have changed to show that they are indeed paying attention to certain aspects of the world around them.

Towards the beginning of the fourth chapter he discusses just how people are more in tune with the perception of the world instead of the reality of the world.  He writes, “The seeds of this remarkable event, however, lay not only in the power of YouTube. They were sown further back in the history of the technological revolution in the notion that the exercise of power lies mostly in what people see of their leaders and their enemies, and that the power to make people see things outside of the official narrative, and to persuade them otherwise, has been slipping from the hands of the elite for at least a generation. Technology only accelerates this effect.”

This quote is true as shown through the number of media people consume about politics and President Donald Trump.  The presidency of Donald Trump has been beneficial in exposing some of the more corrupt and biased points of politics, economics, and journalism, to mention a few areas, he has also given people easier access to news about politics, this being social media.

Since so many people are interested in hearing about politics and other world affairs, video sites such as YouTube, Daily Motion, and Vimeo have become hubs for people without cable or streaming services to get their daily dose of Trump. Apkon uses the example of the last helicopter that left Saigon in 1975 or the assassination of JFK. Other events like this would include the footage of the 9/11 attacks on the Twin Towers. Many people can view several points of view and alternate edits of that same footage.

Another point that Apkon makes is that people now have easier access to camera equipment. Now, people can make a newsworthy package from an iPad. Apkon starts out by discussing how CVS first began to sell “The Flip”. This was a disposable point and shoot camera that had its own software to accompany it. Sooner or later came the GoPro, which has allowed people to capture monumental moments from the first-person point of view.  Such events as the March for Our Lives and the March for Our Guns have been captured for to show both sides and allow people to decide on public opinion.

One of the most important uses of video can be during presidential elections. Often times, either journalists or political opposition will find stories that possibly discredit a candidate. A major example of this would be 60 Minutes Wednesday and the story they ran about George W. Bush’s military record. The story, produced by Mary Mapes discovered that George W. Bush was given special treatment for coming from a wealthier family. Instead of being sent to fight in Vietnam, he was put in the Texas Air National Guard, despite being a below average recruit. The story turned out to be false but for a time, many people felt that this was a reality.

Some people still question his record, but one of the main reasons that this story was so big was because it was critical of a presidential candidate who was expected to win. Television has become a person’s means of believing everything they hear because it is usually validated. If Donald Trump does anything, CNN will make that their story of the day and have each of their news shows use it to stimulate conversation. In point of fact, this stimulates the perception of reality.

Another way that this shown through Apkon’s book, is when he talks about the film Innocence of Muslims and compares it to Leni Riefenstahl, who filmed the movie Triumph of the Will. In reexamining these films, two things become clear. The first is a more apt comparison would be to compare Innocence of Muslims to the 1945 propaganda film, My Japan.

The second would be that both demonstrate elements of propaganda rules from Adolf Hitler’s book, “Mein Kampf”. One of the most evident listings would be how both films avoid abstract idea and instead appeal to emotions. Both films antagonize the groups they are aimed at into acting on the message they are seeing. Since emotion eliminates rational thoughts and logical reassurance. Hatred is what makes someone easier to kill while love is something that inspires patriotism.

Another element of his propaganda list is to employ a constant repetition of ideas. Both of these films reinforce a constant message. The film, My Japan, uses the message that the Japanese have enough manpower to defeat the Allied forces and could put up with a lot. This idea was reinforced so Americans would pull troops from Japan because the atomic bomb had been invented by that time. The next element would be to criticize your enemies. Both films talk about the groups in question as a means of getting them fired up about the claims that these films make.

Finally comes the last element, which would be to identify one special enemy for specification. The movie, My Japan, makes Americans seem like the enemy and Innocence of Muslims portrays the Muslim community, in particular, the prophet Muhammad, in a particularly negative light. This chapter demonstrates just how important and necessary the visual medium has become to how people shape their world around them as well as what they consider to fall into the perception of reality.

Politics has developed in the way Bernays and Apkon accurately knew how, but now is there any means to stop the renegade war against the truth? When anyone with a camera or a blog can be considered a journalist, drawing the line has been made all the more difficult. 2017 saw the rise of distrust of powerful media organizations like CNN, The New York Times, The Washington Post and many others. Instead, online right-wing media organizations have made it their mission, not to uncover the truth, but to find the best way to discredit those news outlets that paved the way for journalism today.

One major example of this comes from The Gateway Pundit’s White House Correspondent, Lucian Wintrich. The New Yorker Radio Hour aired an interview conducted by Andrew Marantz, a writer for The New Yorker, about how Wintrich uses his position to be an online troll to those seeking real political news.

This interview defines the way media has gone throughout this entire year. Wintrich mainly brings up how he is part of a war with the mainstream media and the way he defies the standard of normal just by being in The White House Briefing Room. However, one thing that is pointed out at the beginning of the interview is that Wintrich has no formal training as a journalist and is more or less an internet troll.

Politics has come to rely on the ability for people to see with their ears and not with eyes. Being blinded by the truth makes selling a political campaign easier than having to actually tell people the truth. That’s why propaganda exists, to make a terrible truth/reality easier to sell easier to sell.