UPD's anonymous report form allows victims to report assaults while never having to enter a police station, however they may lack necessary details. 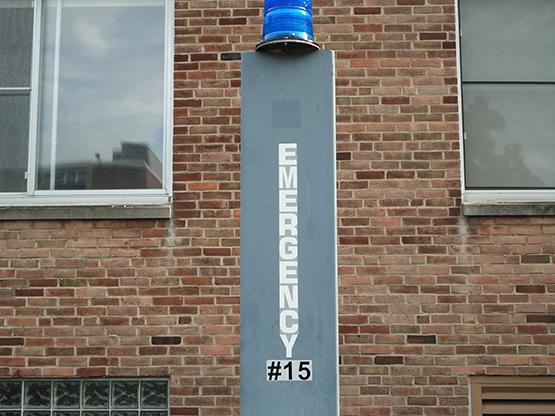 Many students were left confused after receiving notification of a sexual assault on campus, Friday, February 16th.

According to the report, a female commuter was sexually assaulted in an unspecified parking lot around 1 p.m. The suspect was described as a white male, whom the victim did not recognize. These were the only details given. No further information has been made available.

Hill said she was primarily frustrated from the lack of information in the alert. There was no specificity in which parking lot, and a very vague description of the alleged perpetrator. In classrooms across campus there were comparable reactions to the ambiguous alert.

Students seemed to come up with similar questions when discussing the sexual assault alert: Why doesn’t the anonymous report form require more helpful details, like description of the offender, and specific location? Why does the UPD send out an alert, if the information is so sparse? What is the purpose of the form, if every question about the assault can be answered with “unknown” on the scroll down tab?

Chief of the University Police Peter Carey helped to clear up some of the confusion.

According to Carey, Buffalo State is required by federal law to send out notifications to all students whenever a crime is reported on or around campus, regardless of how much information is given on the alleged crime.

According to the Clery Act, failure to do so could result in the college losing it’s federal funding and facing fines upwards of $35,000 per violation.

The online sexual assault anonymous report form is exclusive to Buffalo State college, but designed in its specific manner based off of other institutions that are compliant with the Clery Act. Carey explained several reasons for the lax requirements for specificity and the “unknown” option when filling out the anonymous report form.

If it is a drug facilitated assault, the victim may have been unconscious, therefore unaware of the location of attack and unable to identify their assailant. In a similar vein, if attacked from behind, a victim lacks the ability to give a comprehensive description of the attacker.

There are many occasions where a third party such as a counselor or medical professional will fill out the anonymous report form for a victim, and may not have the details to answer specific questions, and therefore must choose the “unknown” option.

The anonymous report form is especially useful for counselors and medical professionals, because it provides them with a vehicle to notify the authorities of a possible predator, (a requirement under the Clery Act,) without violating confidentiality obligations to their patients.

“It serves its purpose if it is completely filled out,” Carey said.

Carey urges a victim of assault to report to the police in person. A victim can still remain anonymous and the entire process is kept highly confidential.

Carey said if reported in person, the police have the full opportunity to get the information they need, and be able to assist the victim in getting support services and the advocacy they may need.

“With the online report, I worry about them not getting those services,” Carey said.

Despite the scant amount of information the alerts may offer, the ultimate purpose is to put out a timely warning to students, making them aware of a potentially dangerous situation, and to ensure they are alert in their surroundings.