Crime on campus: Do students feel comfortable speaking up? 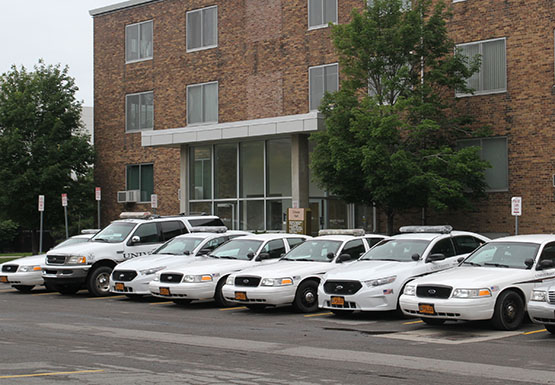 From vicious crimes to petit larceny, SUNY Buffalo State has had its fair share of on-campus crimes. What might be more surprising is that there are many crimes that never get reported.

“I witnessed a stabbing before on campus after a party last semester. They were arguing and fighting and it went from an off-campus party to campus. There were knives and a Taser. After seeing that I left,” a SUNY Buffalo State student said. “Even this semester there has been a lot of gang-related activities involving guns and fights.”

In some cases, students are less likely to report crimes to the University Police Department (UPD) because they simply do not want to be involved with police.

“You have to understand students at Buffalo State come from bad neighborhoods, and when you see things like this you cannot snitch and tell cops, students probably feel the same way here,” a Buffalo State student said.

According to the article “Why Don’t People Report Crimes to the Police?” “A substantial number of people believe the police can’t or won’t help them. 16% of people in the Justice Department survey said the police are unwilling or unable to help… “There is not much the police can do anyway.”

A large number of students said no when asked if they would report a crime to UPD if they were involved or saw it happening. Students generally would not report a crime unless it seriously affected them.

From the beginning of the fall 2017 semester, there have been over 100 reported crimes to UPD at SUNY Buffalo State.

The crimes include larceny, criminal trespassing, simple assault, aggravated unlicensed operation motor vehicle, driving under the influence and attempted fraud. More than half of the crimes reported are larceny whether it is grand or petit larceny, with the next highest being criminal mischief.

The crime circulating around campus does not mean UPD is failing at their job. About 20% of the investigated crimes have been cleared by arrest and almost half of the investigations are closed.

“We want people to come to us, and look at the crime blotter so they can know crimes are taking place. We also want them to report to us so we can do an analysis, crime mapping, and try to prevent those crimes,” explained Peter Carey, Chief of University Police.

“We want to help the victim get their property back or assist them depending on the nature of the crime. We are hoping this encourages people to report and give us the information, but this is a national crime problem, crimes not being reported to the police.”

Larceny is a crime involving the unlawful taking of the personal property of another person or business. Petit larceny means the value of the stolen property is $50 or less, and grand larceny is when the value is greater than $1,000.

The crimes are not only happening in the resident halls around campus, but in almost every single location at Buffalo State including unsuspected places like Chase hall and Weigel Health Center. Most of the crimes reported have come from Porter Hall.

When questioned about the number of crimes on campus, students and faculty members were un-phased. Some were even surprised that there were not more crimes.

There are students who feel completely safe, and some who feel partially safe on campus.

“Yeah I do feel safe on campus, but sometimes at night I wish there were more lights for to see but I still feel safe. I think for the people who do not feel safe, seeing more UPD officers can help them feel secure,” Kyatta Evans, a junior, said.

According to Buffalo State’s crime blotter, all of the crimes that have been reported at the Science and Mathematics Complex (SAMC) have been larceny, and a couple of times it was grand larceny. Rockwell Hall had a similar situation.

The crime blotter is updated every two days during the week and is on a 60 day time period.

“We subsequently investigated and arrested him and recovered some of the property that he stole during that time. That is typically not something that we have each year, in a short period of time he committed several burglaries and larcenies.”

What might be surprising to Buffalo State students is if you steal someone’s Bengal card, the campus form of identification issued to each student, it is considered a felony. Over the semester there was a series of theft and misuse of Bengal cards and fraudulent charges on Bengal cards this semester.

The ability for anyone to walk onto campus only increased the crime rate, which will only complicate UPD’s job.

“Most of the property crimes and crimes of opportunity are from our own community members. We do not have a big problem with outsiders.”

Karen A. Clinton Jones, Ph.D., Chief Diversity Officer, Title IX Coordinator, is responsible for maintaining the compliance with the institution, examining the organizational climate, and providing educational programs that help with expanding the experience and knowledge of student and faculty in the context of diversity. On a day-to-day basis, Jones may handle different Title IX complaints from student and faculty members from Buffalo State.

There have been about eight Title IX complaints on campus this semester, and all of the complaints have come from on-campus residents.

There are three entities on campus that could maintain confidentiality with regards to a complaint of sexual assault. They are the counseling center, Weigel Health Center and in some instance the women’s center. All SUNY schools are managed to operate similarly, but in 2015 Governor Cuomo legislated 129B ( “Enough is Enough”) to ensure that all NY institutions must establish an affirmative consent, provide students with victim bill of rights and that all NY institutions operate the same when it comes down to sexual assault.

A Title IX complaint can be domestic violence, an issue of stalking, inappropriate touching, and someone saying something inappropriate and the next person did not feel comfortable. In the most recent cases, all have been complaints made by females, except for one exception, where the female was the aggressor.

“We try to be every as far as informing the students with emails and poster in the dorm room, but I don’t think we can prevent these type of actions from happening. We do encourage students to speak up when they see something questionable, but we have “codes” in the streets saying “who wants to be a snitch.” We all think we are immune until it happens to us.”