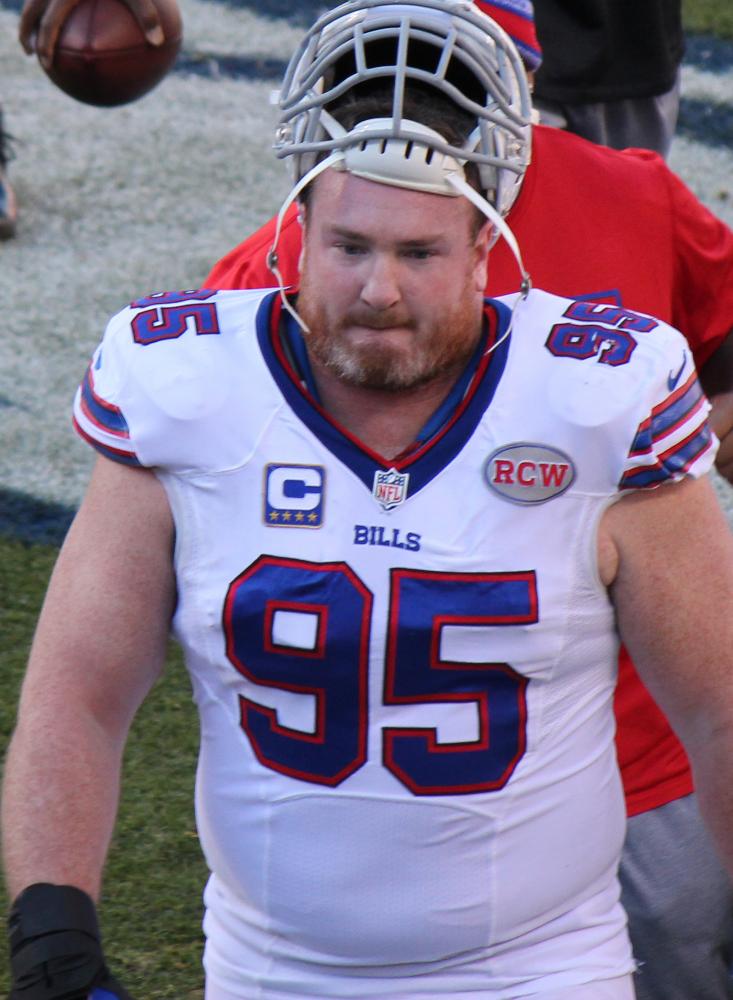 The Buffalo Bills are off to a 5-3 start at the halfway point the 2018 NFL season. Many fans and even NFL analysts think that this year could be different for the Bills, who haven’t been to the playoffs since 1999. The first half of the season for was largely a victory Buffalo.

First, you have to look at all the trades new GM Brandon Beane made.

Getting rid of Sammy Watkins for a second-round pick, and EJ Gaines, who is a solid starting cornerback in the league that fits coach Sean McDermott’s system, was a win.

Watkins was always injured and wasn’t living up to expectations that came when he was drafted fourth overall. Plus, he is in the last year of his contract and Buffalo wasn’t going to resign him for top dollar, so getting a high pick and starting player was a huge win.

Then the Ronald Darby trade. Darby was sent to Philadelphia for a third-round pick and Jordan Matthews, a solid number two receiver was another win for Beane.

Darby was a product of former coach Rex Ryan’s system and he was falling out of the lineup. Tre White, who the Bills drafted in the first-round this past draft, has been playing exceptionally. He is in the conversation for Rookie of the Year for sure. Let’s not forget that they got White after trading down in the draft, a trade that got them a first-round pick in next year’s draft too.

The Bills also started one of the busiest NFL trade deadlines in recent history y sending Marcell Dareus to Jacksonville. McDermott just didn’t like him. Dareus was injured, violated team rules, and wasn’t playing like his old self. Buffalo maybe could of got more than a sixth-round pick for him, but oh well.

But the trade that rocked the football world was the stealing of Kelvin Benjamin.

The Bills were able to get the Panthers’ stud pass catcher for a third, and a seventh-round pick.

That’s it! That is all it took.

And remember, the Bills already had two third-round picks. So, they basically gave up a seventh for him.

The one knock on Buffalo was their receiving core. Matthews is a number two guy, and Zay Jones, their rookie receiver, has had trouble adjusting to the NFL. Now you have a true number one guy for Tyrod Taylor. People will say that Benjamin doesn’t fit because he is a “go up and get it” kind of guy, and Taylor doesn’t like taking chances like that. He’s conservative. But the Bills basically gave up nothing for him, so who cares.

On the field, the Bills haven’t been too bad either.

They can beat the Broncos (when the Broncos were good), go into Atlanta and beat the Falcons, beat the Raiders, but lose to the Jets and Bengals.

It seems like they play to the level of their competition. Their formula is great, basic, but great.

Run the football, play amazing defense, and win the turnover battle. That is why they are 5-3. LeSean McCoy has picked it up after a slow start, Taylor is running how he always does plus not turning it over (only two interceptions), and the defense has been crazy. Micah Hyde was a great free agent signing, White and Gaines I already talked about, and Jordan Poyer has been a pleasant surprise at the other safety spot. There almost isn’t that much to write about the Bills other than that, they run the ball and don’t turn it over.

Predicting the rest of the season for them is tough. Luckily though, the AFC isn’t that great this year like in the past. The Steelers, Patriots, and Chiefs will all win their respective divisions, and the Titans are the popular pick for their division. The two wild-card spots will be up for grabs for sure, between the Jaguars (yes, the Jaguars), the Bills, and the Raiders. The Ravens and Dolphins are in the hunt too but their offenses are so bad that they can barely score 17 points. So here are my predictions.

This is a win. Although the Saints are on a six-game win streak and have looked amazing, a dome team on the road to Buffalo, where it is cold and rainy, or it’s snowing, hard to trust them. The Bills’ play to the level of their competition and at home they are 4-0 so far.

I’ll give them another win. The Chargers are inconsistent and have failed to finish close games. Philip Rivers has six interceptions this season, look for another against the Bills.

Yeah right. Kansas City is 1-3 after a 5-0 start but they’re still one of the best teams in the NFL. And they’ll be at home. This is a loss.

Jacoby Brissett has played well this year in place of Andrew Luck, with seven touchdowns and four interceptions, but they are still a bad team. Expect a lot of McCoy and for the Bills defense to bother Brissett all game.

The Dolphins are having a weird season after making the playoffs last year. Jay Cutler isn’t good, and they don’t have much of a run game now that they traded Jay Ajayi. At home, this is a win.

If my predictions are right, at this point the Bills will be 9-6. One game away from a 10-win season and possibly a playoff berth. For the sake of Bills country, they get the win and finally make the playoffs and Tyrod is a king in Buffalo. Everybody goes crazy and nobody knows what to do because this hasn’t happened in forever.