10 Bands That Could Play Warped Tour Next Year 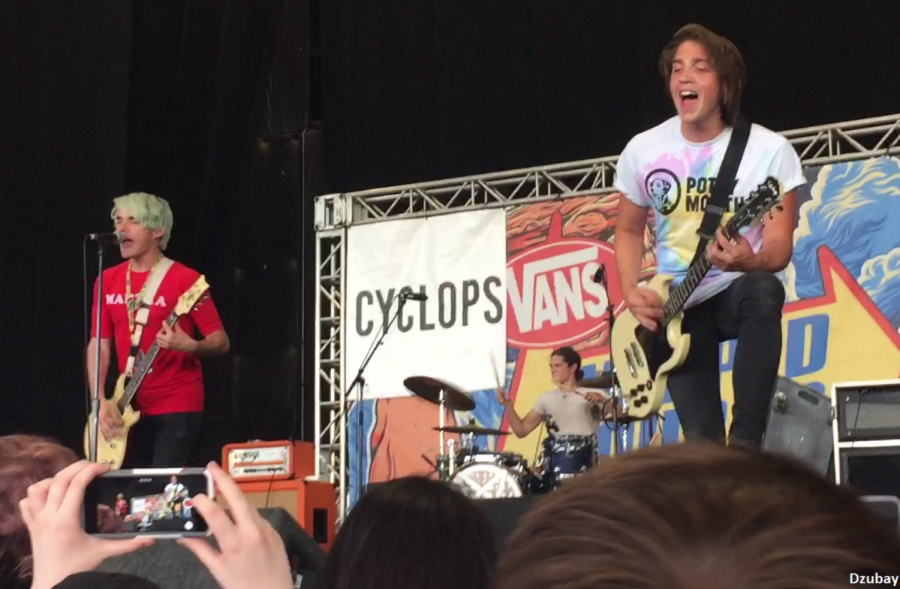 In five months, the Vans Warped Tour will reveal their lineup for their 2018 tour. The tour’s 24th year is sure to be a banger.

Looking at 2015’s tour, it’s safe to say that bands like Every Time I Die, Waterparks, Four Year Strong, Mayday Parade, Less Than Jake, and others will be preforming. But not every band that preformed this year or last year will be back. Maybe a few bands that broke out in the pop punk or emo scenes this year will appear.

While we won’t know until March, we can make some guesses as to who. I decided to take a few guesses as to who I think will be on next year’s tour. All these bands either have new material coming out early next year or have new stuff out now. You may know a few of these bands or they might be brand new to you. If it’s the latter, I’m honored to broaden your musical horizons. Here’s who I think we’ll see on the 2018 Vans Warped Tour.

For Fans Of: 5 Seconds of Summer, All Time Low, Forever the Sickest Kids

These boys are no strangers to The Record. Coming from the Lone Star state is this pop rock trio who’ve toured with All Time Low, Sleeping With Sirens, and Good Charlotte, whose members Benji and Joel Madden manage them. So far, the trio made up of lead vocalist/guitarist Awsten Knight, guitarist Geoff Wigington, and drummer Otto Wood, have done a lot since signing with Equal Vision Records (Capsize, Envy on the Coast, I the Mighty) in 2014. With their sophomore album “Entertainment” coming out in late January and with the trio not being foreign to Warped Tour, it would make perfect sense for Waterparks to be on next year’s tour.

Out Now: Turn Out the Lights (Matador Records)

For Fans Of: Conor Oberst, Explosions in the Sky, Japanese Breakfast

Even thought the Acoustic Basement tent was discontinued in 2015, some acoustic acts and singer/songwriters have been able to appear on the tour. And with emo music on the rise again, it would make sense to see Julian Baker play. She’s got a huge following in the genre and is becoming one of the most beloved artists in her genre. As I said in my final “Prenatt’s Picks” list, “Her voice is so soothing yet powerful, it’s one of the best you will find around. She is a little duckling begging to be seen as the swan she one day will be.” She just released her new album “Turn Out the Lights” this month, and with the popularity of the record, she’d be a great pick.

For Fans Of: Hands Like Houses, Slaves, Too Close To Touch

If you read my review of “Blind Love”, it’s clear why they’d be a perfect fit. These Aussies are one of the few bands that’s trying to bring in a new era of post-hardcore. The album has a huge sound, and it would do so well for the Warped crowd featuring bangers like “Black Dreams”, “Red Wine, Regret’, and the title track. Warped Tour has given us plenty of amazing bands in the genre such as A Lot Like Birds, Pierce the Veil and Envy on the Coast. With this year’s tour being heavily focused on metal and screamo bands, and if it carries into next year’s, the Aussie post-hardcore act will fit in like a glove like their other fellow Australian bands like Parkway Drive and Tonight Alive.

For Fans Of: Drake, Lil Peep, twenty one pilots

SoundCloud has brought us many amazing rappers, but none are as mysterious as nothing,nowhere., aka Joe Mulherin. Blending his love for bands like Mineral and Dashboard Confessional with hip-hop, Mulherin created something fresh and bold, even catching the attention of Fall Out Boy’s Pete Wentz who signed him to his label DCD2 Records (MAX, New Politics, Panic! At the Disco). He also signed with Equal Vision back in the spring of this year. He’s a fresh new sound that the tour has been looking for. Hip-hop has been a part of Warped Tour’s history, introducing us to artists like 3OH!3, Eminem, and the Black Eyed Peas, so nothing,nowhere. will feel right at home.

For Fans Of: Knuckle Puck, Neck Deep, The Story So Far

In a world where every pop-punk band sounds the same, Coldfront are here to body cry out on their Facebook page that they’re “Another f***ing pop-punk band.” Formed in 2013, vocalist Tom Stewart, guitarists Jared Cipak and Chris Casarin, bassist Paul Szachlewicz and drummer Michael Kelly, are here to bring their style to the United States. They just released their debut album “Float Around” earlier this month, featuring songs that would be perfect for next year’s Warped Tour completion CD such as “So Typical”, “Everything You Want Me to Be”, and the title track. Pop-punk and Warped Tour go hand-in-hand, so Coldfront won’t struggle trying to fit in.

Oh look, another pop-punk band from across the pond that sounds like Neck Deep. And wouldn’t you know, they’re also signed to Hopeless Records (The Dangerous Summer, Hundredth, Story Untold). While that might sound negative, I do enjoy ROAM. Many of Hopeless’ pop-punk signees have played on the tour like With Confidence Sum 41 and of course, Neck Deep. Their debut album “Great Heights & Nosedives” just dropped on October 13. Much like what I said about Coldfront, ROAM’s signature style of pop-punk will keep the audience at the summer festival happy and grooving.

Out Now: The Years Ahead (Victory Records)

For Fans Of: Chunk! No, Captain Chunk!, For the Win, Settle Your Scores

OK, you’re probably sick of seeing nothing but pop-punk bands on this list, so here’s something different. Formed in 2012, Abandoned By Bears is a fascinating band that’s clearly influenced by bands like A Day to Remember (who created the genre) and Chunk! No, Captain Chunk! Easycore is a genre that’s barely given any attention at Warped Tour and the only one in the genre that plays is C!N,CC! It’s time we changed that. The group should have a new album out sometime next year, so expect to hear some songs off of that album along with their debut “The Years Ahead”.

Out Now: Feel Something (Fearless Records)

For Fans Of: Balance and Composure, Have Mercy, The Wonder Years

This Southern California quartet are no strangers to the Warped Tour. They played on this year’s tour on the Full Sail University Stage, the smallest stage on the entire tour, sharing it with acts lie Creeper, Boston Manor, and Trophy Eyes. However, if they play next year’s tour, they’ll need to be on a bigger stage. Movements’ music and emotion reaches an all-time high on their debut album “Feel Something”, which features powerful songs like “Colorblind”, “Full Circle”, and “Daylily”. They were able to gain some interest during their run this year; imagine what it’ll look like after their full-length debut gets bigger.

Out Now: Under the Covers, Vol. II (Self-released)

For Fans Of: The Protomen, Scissor Sisters, TWRP

This one’s a huge stretch. Ninja Sex Party is a musical comedy duo consisting of Danny Sexbang (aka Dan Avidan) and Ninja Brian (aka Brian Wecht). The duo tours on-and-off since the two of them are a part of the popular Let’s Play channel Game Grumps on YouTube. Their music is nothing but funny, I mean, could you take a band seriously when they have songs named “Dinosaur Laser Fight”, “Everybody Shut Up (I Have an Erection)”, and “6969”? Sure, they may sound weird for Warped Tour, but this is the same tour that’s had Koo Koo Kanga Roo, Brokencyde, and RiFF RAFF on it. I hope it happens.

Out Now: The Beast Inside (Fearless Records)

For Fans Of: Cane Hill, Korn, Motionless in White

I may not be a fan of their music, but they defiantly fit the Warped Tour scene. Combining metal with a little bit of nü-metal, this quintet composed of vocalist Jeff Hill, guitarists Zach Jones and Brandon Sellitti, bassist Cameron Perry and drummer Ryan Ganster, go balls to the wall with their aggressive and powerful sound. With this year’s Warped having more metal and hardcore acts than ever (acts like Hatebreed, Municipal Waste and Fit for a King played), My Enemies & I would be perfect for next summer’s run. Just be prepared for the constant mosh pits, folks.