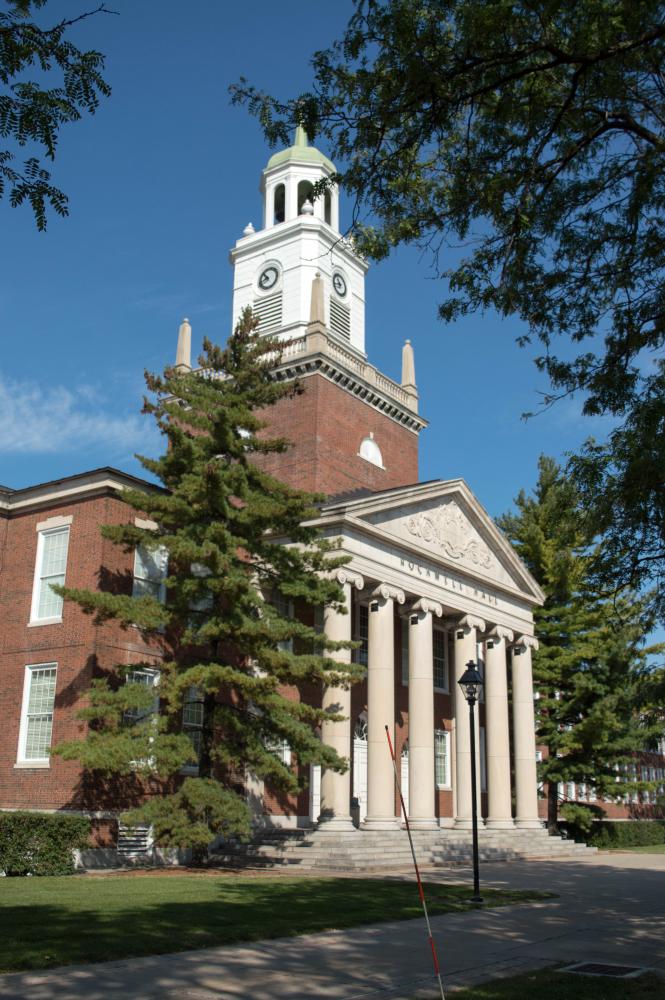 Professor Aaron Daniel Annas will be the director of the Film Festival. He is receiving help from his class, media production faculty members and other volunteers.

Phil Hastings, an Associate Professor of Film and Video Arts at SUNY Fredonia founded the festival. The film festival was designed in 2009 to highlight the film work of students and faculty across the SUNY system.

“I really want students at Buffalo State to feel this festival as a reality, and something that they can do,” said Aaron Daniel Annas. “When you are with other people that are great at what they do (filming), it could almost seem like a fairytale.”

Students are able to submit four different film genres that include documentary, animation, narrative, and experimental. Participants from all over New York have been submitting their videos for a chance to win the Grand Prize.

Professor Ruth Goldman’s efforts resulted in getting a sponsor from Canon for the SWFF. This year, participants have the chance to win Cinema EOS C100 Mark II Camera from Canon with EF-S 18-135mm lens.

Schools cannot judge films made by their own students so fair judgments can be made on the films and cancel favoritism. There have been about 200 submissions from all the SUNY schools.

There have been about 200 submissions from all the SUNY schools.

Annas campaigned for the film festival to be held in Buffalo this year and when his request was accepted he received great support from the SUNY Buffalo State administration. Annas also urged SUNY Buffalo State for a class to be put into place for the Film Festival.

“To propose a class you have to put together documents of research and articles. Covering everything financially and having time management were the next two biggest challenges,” Annas said.

The students were also responsible for sending emails and flyers to the schools that would attend and be eligible to participate in the festival (sending in films). Students also had to use their social media accounts to promote the festival so it can receive more recognition.

Students had to sell an ad that was $50, $100, or $195 that would be displayed on a flyer. The students were responsible for picking four locations where the ad will be viewed the most and sell at least one ad.

“I was hesitant at first because I do not know how to make sales,” said Joshua Colon, senior media production student. “I was a bit scared going up to these big businesses and try to sell an ad but once I made connections on benefiting the community they were able to see what use it had for them.”

The film festival class was designed for two other purposes; to teach the history of film festivals which originated in Italy from clubs that wanted to show non-Hollywood films and for a book discussion on a book about the Sundance festival and American –Indian filmmakers such as Quentin Tarantino, and Steven Soderbergh.

The class will be doing a project that will be shown on November 10 during the festival. They will be showing Night of the Living Dead, a classic horror film to pay homage to George Romero.

Professor Meg Knowles, the outreach coordinator, is responsible for reaching out to the SUNY schools so they can submit their work and be in attendance. She stretched her outreaching responsibilities to contact her former students and colleagues.

Some of Knowles’s former students will be participating in the pre-screening committee or have submitted a film for the festival. She was able to get her colleagues from outside of Buffalo to be a judge for the grand jury of the SWFF.

“I have imposter syndrome so everybody film looked fantastic to me and I thought my film doesn’t belong there,” Nobile said. “Every single film that was there deserved to be there and I thought it could have been at other festivals too.”

According to Annas, a great number of films are about social and domestic issues.

“Filmmakers and journalists cover and make stories that are relevant and a lot of issues are relevant so it makes sense as to why they make films themed with social and domestic issues,” Annas said.

The grand prize has influenced some participants to submit their films but they wanted to have their film shown more than anything. Reaching a greater audience will be more significant to filmmakers.