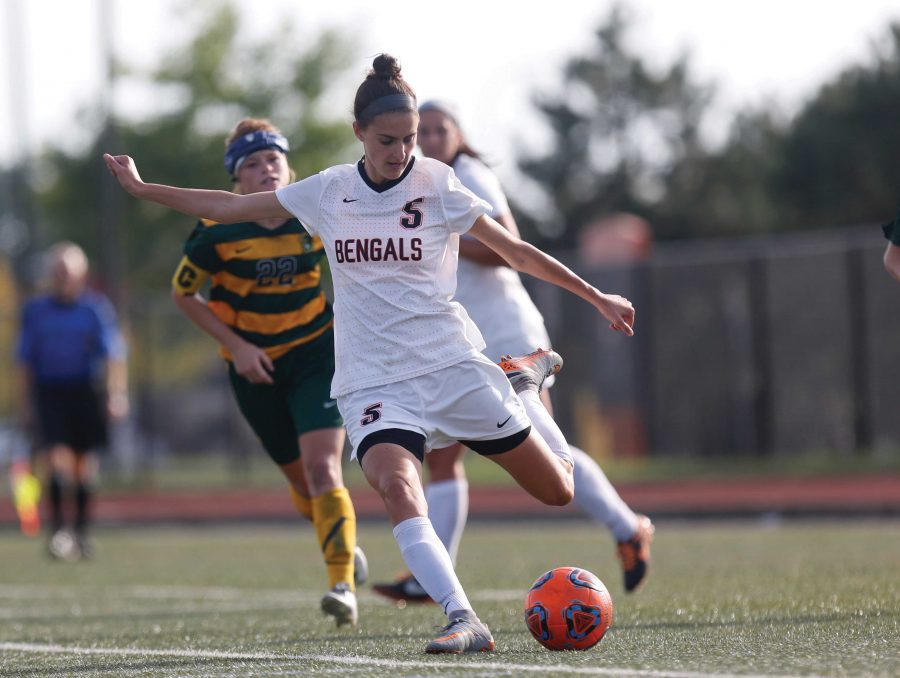 Sometimes in rivalry games, certain players will step up and have spectacular performances. Unfortunately, for Buffalo State both players were playing for the other side.

The Bengals lost this year’s Women’s soccer edition of the ‘Battle by the Lake’ Saturday afternoon, by a score of 3-1.

Buff State had a chance in the 39’ as they got a corner. Paige Bly sent the ball to the net but Emma Boccolucci headed it just over the crossbar.

Yokopovich found Clemons streaking past the Bengals’ defense for Fredonia’s third goal of the game in the 59’.

Buffalo State finally got on the board in the 85’ as Lindsay Mahoney headed in the ball off a corner kick from Melissa Camp.

The Bengals outshot Fredonia 18-4. Buffalo State had all four corner kick opportunities in the second half.

Buffalo State falls to 2-7-1 and 0-3-0 in SUNYAC play. They will head down to Pennsylvania to take on the Gators of Allegheny College on Tuesday for a 4 p.m. kickoff.