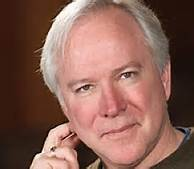 Professor Donn Youngstrom has inspired many theater students over his years of teaching at SUNY Buffalo State.

SUNY Buffalo State theater professor Donn Youngstrom once considered pursuing a career as an opera singer. Scores of students are grateful that he did not.

“I thought of becoming an opera singer because I had this big voice,” said Youngstrom. He admitted that his foreign language capacity and musicianship were lacking.

“Musicals seemed to be a better choice. Having done musicals actually really helped me as a classical actor, and that’s really where I wanted to go, and subsequently, those are the kinds of things I tend to direct, classical pieces,” said Youngstrom.

After receiving his bachelor’s degree in History, Youngstrom studied at the American Academy of Dramatic Arts West. He then began his career directing and acting in Seattle, in semi-professional theaters. Youngstrom found his way to New York City, where he eventually joined a classical repertory company.

It was when Youngstrom came to the Milton Festival at Buffalo State, to partake in a production of John Milton’s play “Comus”, that he was introduced to Buffalo State Faculty, Donna McCarthy and Donald Savage. Unbeknownst at the time, Youngstrom’s participation would ultimately lead to his long and respected career in teaching and directing at SUNY Buffalo State.

It was Savage, whom the Donald Savage theater building is named after, that encouraged Youngstrom to consider Graduate school to pursue teaching. Youngstrom took this advice and received his master’s degree in directing. After graduating, Youngstrom taught at East Carolina University before moving back to New York City, to continue teaching as an adjunct professor.

In the fall of 1994, Youngstrom was considering a position at a private school in New York City when Donna McCarthy, chair of the Performing Arts Department at SUNY Buffalo State, asked Youngstrom if he would like to come teach.

“It was a Godsend,” said Youngstrom.

“Foolishly, not ever really being involved in college productions, I thought, gee, I can teach at a college and I can direct classical theater, and I don’t have to worry about budgets. God, was I naïve,” He laughed. “What I found though, was that I really liked teaching, and I think I was good at it.”

“I found him very helpful. He would always be happy to come and watch a rehearsal when my own sense of objectivity had departed,” He expressed.

Youngstrom recalls a humorous incident during a performance of “Blithe Spirit,” by Noel Coward, the first play he ever directed at Buffalo State. He relayed the story of a set gone awry. The doors on stage would not open for the actors to exit. Youngstrom rushed backstage to help correct the mishap, and the audience could see his shoes sticking out from underneath the doors.

Youngstrom attributes his best experiences as a director to his productions here at SUNY Buffalo State.

“There are a couple productions that I really enjoyed doing. One was ‘The Children’s Hour’ by Lillian Hellman. That was in the flexible theater. And I enjoyed directing on the main stage. I think probably the best show I ever directed was ‘The Ladies Man,'” said Youngstrom. “That was lots of fun. Ron Schwartz, (Technical Director for Buffalo State), designed the set. Lots of doors revolved and all sorts of things and that was fun.”

Having taught in a number of places prior to his current position, he commented on a unique quality of Buffalo State students, “I think Buff State students are doers. You know? They don’t just talk about something, they get out and do it,” said Youngstrom.

Youngstrom describes the most rewarding aspect of directing and teaching as one in the same.

With over 23 years of experience teaching, Youngstrom listed a few essential qualities of a good student which included; being intellectually engaged, disciplined, a good listener, and willingness to take risks.

Youngstrom has left a lasting impression on countless students.

“I’ve always appreciated Donn’s patience, sense of humor, and kind heart. I remember a specific instance where my life wouldn’t allow me to take on more responsibility, regardless of my desire to do more. As always, Donn listened and provided thoughtful words to ease my inner turmoil. Professionally, I do my best to emulate his respectfulness.” Buffalo State graduate, Lee Becker shared.

“If you ever get the opportunity to be directed by him, you will learn so much. He is truly a fantastic person and director! I always remember how he helped guide me in building character work,” said Raquel De Souza, SUNY Buffalo State graduate.

“I’m so grateful for Donn Youngstrom. So many of his words still ring in my head, and I profit from those lessons to this day,” said Paul Gabriellini, SUNY Buffalo State. “It’s hard to determine the difference between Donn as a professor, director, and mentor, because in all of those roles he has always treated me like a professional and as a friend. I knew where I stood with Donn because he was so honest with me, sometimes brutally, and I love him for it.”

Youngstrom has taught many classes here including Theater History, Theater Fundamentals, Directing, Script Analysis, Film, Senior Seminar for Theater, and Introduction to Theater. Youngstrom has left a lasting impression on his students.

The general consensus from the student body is that he is a wonderful story-teller, devoted educator, and respected director.

(This story is the first installment in our Professor Spotlight Series, a series that highlights some of SUNY Buffalo State’s  best professors. If you know a professor you think should be considered for a feature, email the editorial staff of The Record at [email protected]).