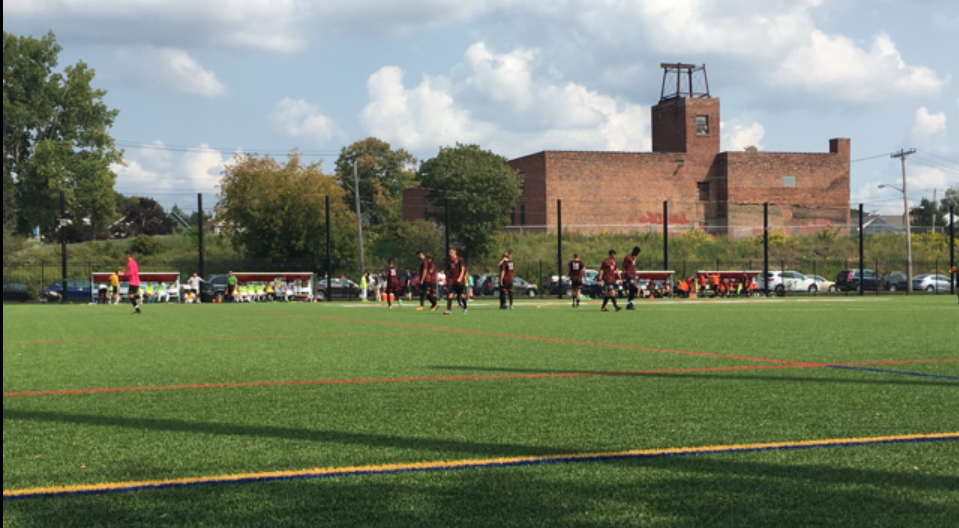 Don’t call it a comeback but the Buffalo State Men’s soccer team scored two goals in a matter of four minutes to beat the Medaille Mavericks 2-1 in a non-league rivalry game Saturday afternoon.

Buffalo State head coach Mark Howlett was proud of the way his team fought back.

“As well as our seasons have gone for two years we’ve never been able to comeback from a goal down,” Howlett said. “So, to do it against our crosstown rivals, a very talented team with 26 internationals on its roster, is special.”

But Buff State came back as Luke Pavone scored early in the second half to tie it up.

Pavone is a leader who the Bengals can count on according to Howlett.

“He’s a big-time player, and someone we missed last season,” Howlett said. “He proved today that we can rely on him when the chips are down, and his teammates look for him. When he gets that moment, you see the brilliance.”

Robert Williamson had the game winning goal four minutes later on a cross from Danny Clavin.

Due to the fact it was a rivalry game the play was very intense and chippy throughout.

“In rivalry games, it’s not always easy to establish tempo because it’s very rough and everyone wants to win,” Howlett added.

Going into the season Howlett wanted to see how his team would respond to adversity, and Saturday was a good test.

“We got back to the basics, we really pushed that over the boundaries today,” Howlett explained. “Today we had everything, this is what seasons can be made of.”

Buffalo State will be back in action Tuesday against Morrisville State for a 6:30 p.m. kick-off at Coyer Field.