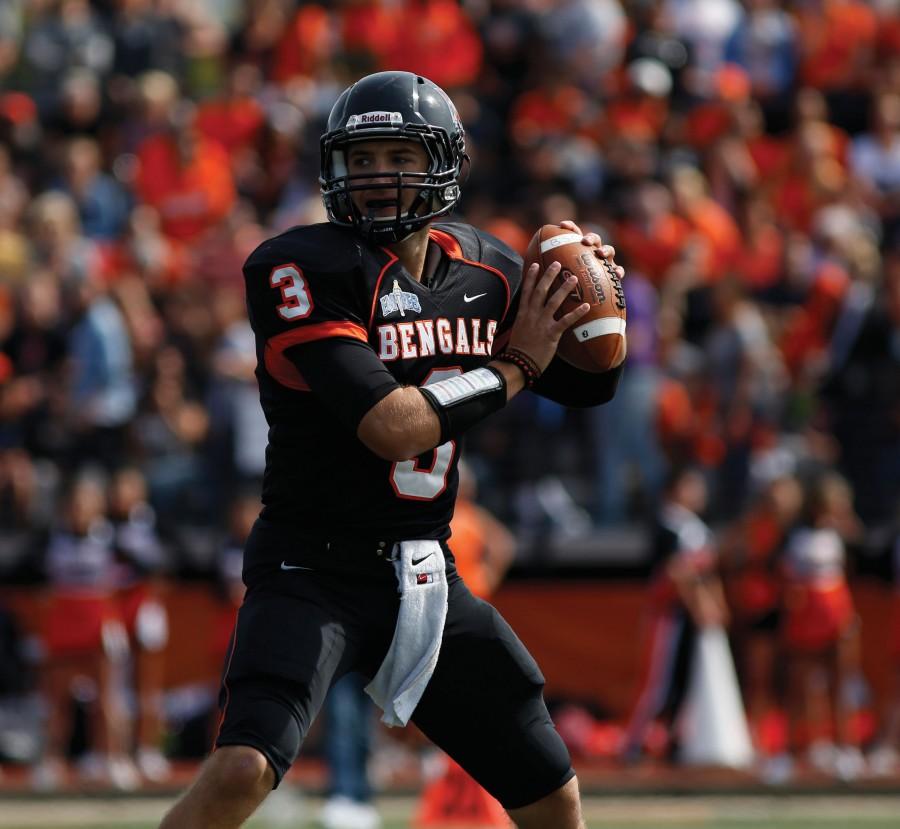 The game was won in the final mintue as Kyle Hoppy found Had Bryant for a 41-yard touchdown pass with 57 seconds left.

Buffalo State had an impressive offensive effort, which earned a total of 508 yards of offense while the Mustangs had 526 total yards, 329 of which came from the run game.

Stephan Johnson and Bryant, two of the Bengals’ star receivers, each earned over 100 receiving yards. Johnson had four catches and scored the game-winning touchdown. Bryant caught seven passes and a touchdown.

Hoppy went 18 for 30 for 364 passing yards and threw three touchdowns.

Bart Mazzara, a key player for the Bengals’ defense, had nine tackles, including three for a loss.

The Mustangs forced three fumbles all which resulted in turnovers. The Bengals only takeaway was the interception that ended the game.

Saturday’s game was highest amount of combined points scored (101) in a game for Buff State since 2013 when it defeated Hartwick, 59-42.

Buffalo state will return to Coyer field for a non-conference game against RPI Saturday at noon.