Volleyball still young but ready for 2017 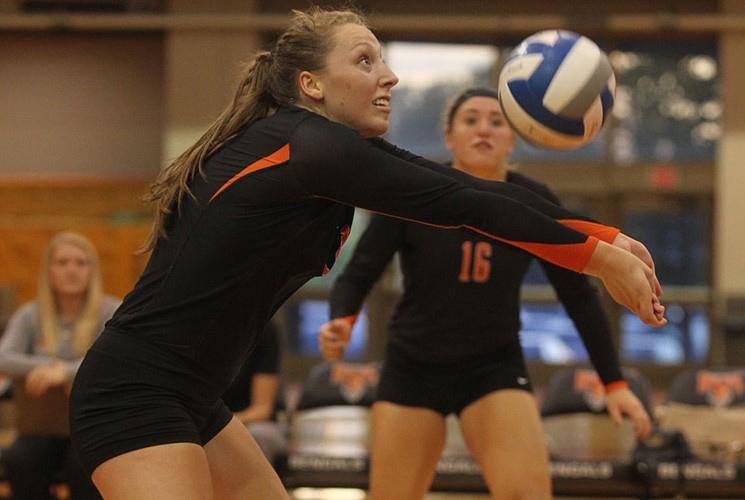 Anxious to get back onto the court, the Buffalo State Women’s Volleyball team is looking to avenge a disappointing 6-26 record last season.

In order to have a bounce back year in 2017, head coach Maria Roberts had to address certain areas in order to bring back a winning culture to Buffalo State volleyball.

“The main priority is recruiting setters,” Roberts stated. “We also have to stress the importance of improving on the areas that we didn’t do well at last year, especially the things that are important at the college level like solid passing, serve-receive, blocking, mixing up our offensive hits and shots on offense.”

In the hopes of achieving successful seasons for years to come, Roberts could not have been more pleased with the offseason program of her team heading into the season.

“I think it’s the best preseason we have had so far, in terms of coming in healthy, coming in fit, and coming with a drive to win,” Roberts said.

That winning atmosphere will be centered around two of Buffalo State’s top players, Eimile O’Brien and Lauren Hansen.

“Hansen was our best offensive and overall talent last year. She will also double as our key outside hitter this year. She’s someone who can move all over the court,” Roberts said.

It wasn’t just Hansen who coach Roberts was excited about.

“Eimile (O’Brien), is also someone we are looking forward to,” Roberts said.

With excitement brewing around the talent at Buffalo State, the expectations are set high for a team that returns all of their players and has a young team with only one junior (Victoria Rigler) and one senior (Allie Harford) on the roster. Roberts believes that the expectations for this team can reach immense heights.

“Realistically, we should be making playoffs, somewhere between third and sixth in the SUNYAC as long as we keep playing the way we keep playing,” Roberts said.

While youth is still abundant on the roster, Roberts feels the future is very bright at Buffalo State.

“I think our future is very good, I’m really excited for the next several years,” Roberts said. “The kids have great chemistry and if they can continue with that, then I think it will look great.”

The Buffalo State women’s volleyball team opened the season going 1-2 with a loss to St. John Fisher, 0-3, a win over Cazenovia, 3-0, and a loss to Houghton, 0-3, in the St. Lawrence Tournament on Sept. 1 and 2. The team moves on to face Medaille on the road on Wednesday, Sept. 6 at 7 p.m.