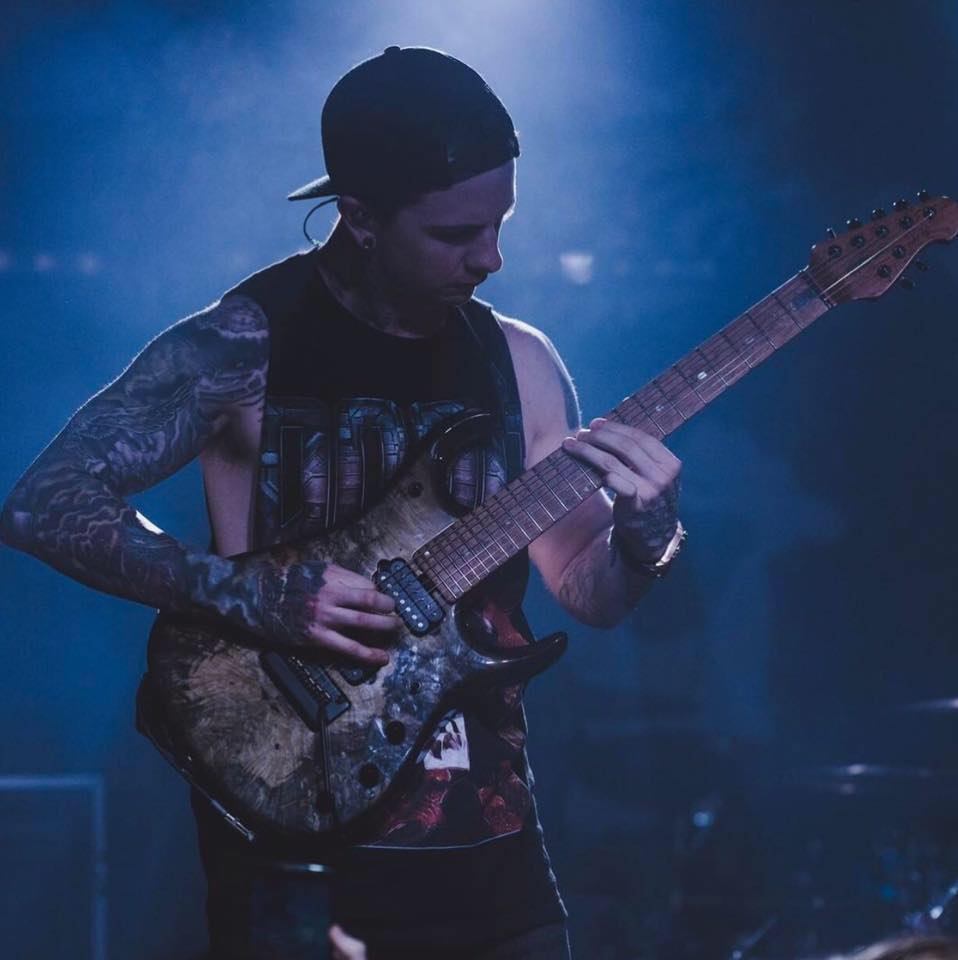 Jason Richardson is a well respected guitarist who’s played with many bands such as Chelsea Grin, All Shall Perish, and Born of Osiris. In 2015, he made the shocking move to leave Chelsea Grin to embark on a solo career. In an article from Metal Injection in 2015, before starting his solo career, Richardson claimed that his solo stuff will be filled with “the craziest guitar albums you guys have heard in a long time”.

Since then, his solo career has done him well. He released his newest album, I, in mid 2016 and embarked on his first solo tour with Polyphia and Covet on the Lit AF Tour back in February. Richardson will start his first ever headlining tour this August with former The Word Alive drummer Luke Holland at his side along with acts The Reign of Kindo and Stolas. The tour will arrive in Buffalo on Wednesday, August 23, at the Waiting Room.

I recently interviewed Richardson via email about his solo career so far as well as other questions.

Is this your first time playing in Buffalo? If not, how many times have you been here?

You embarked on your first solo tour earlier this year. What was it like touring solo instead of with any of your previous bands?

JR: It was awesome!!! It wasn’t completely solo since I have Luke up there with me.  But playing this material is definitely a lot more satisfying and rewarding than the past few bands that I’ve been in. I’m actually able to push/challenge myself and become a better player with this material. There’s a ton more room on stage too that’s for sure!

Who inspired you to play guitar?

JR: Primarily John Petrucci.  When I first heard Dream Theater’s Train of Thought album, drums were my main focus at the time and that was the album that made me decide I needed to learn how to play guitar so I could write my own songs.  Once I started focusing on guitar that instrument ended working out way better than anything else I tried so I stuck with that as my primary focus!

What was the worst touring experience you had? The best experience?

JR: Definitely a European tour when I was in Chelsea Grin still.  It was a co headliner with Veil of Maya and had Black Tongue (for 3 days) and Oceans Ate Alaska on it.  That tour had everything that could possibly go wrong on it go wrong.  It would take a novels worth of text to explain all of it lol. The most intense thing that happened though was definitely the singer of Black Tongue falling off the bus drunk at 70 mph on the freeway in Poland because he opened the door for some reason, possibly to pee since someone was in the bathroom.

If you had the chance to play with any musician, who would it be and why?

JR: This question is so hard for this interview I’ll pick Lindsey Stirling.  I did a cover of one her songs ‘The Arena’ not that long ago and she reposted it and seemed like she was really into it! Would be so much fun to play that song live with her!!!

What got you into music?

JR: Definitely my dad.  He’s a bass player so there were always all sorts of instruments around the house when I was growing up.  What got me into heavier music was the album artwork from Judas Priest’s Painkiller.  It was on the end of one row of my dad’s CD collection and I just asked him to listen to it one day when I was still single digits old and it has just been game on ever since then! haha

What was your favorite band to be a part of?

JR: Definitely Chelsea Grin! Even though the music wasn’t as challenging as I wanted it to be for me, all the other aspects of being in the band were awesome! I was in that band for more than twice as long as was All Shall Perish or Born of Osiris.

What is one of the biggest obstacles you’ve overcame so far in your career?

JR: I’d have to say taking the leap/chance from quitting my established band to doing the solo stuff.

What do you do to pass the time?

JR: Chilling with my pug D00d, working out, video games, writing music and practicing guitar. Pretty much the same thing on tour too haha. Sometimes D00d gets to come with sometimes depending on what vehicle we are traveling in.

What TV shows are you watching now?

JR: At this very moment while I’m doing this interview, Trailer Park Boys haha. They have season 12 coming out really soon that I’m super stoked for! I just re-binged all of South Park for like the 15th time and Game of Thrones is on its newest season right now!!!!

Odd question but who would you pick, Charmander, Squirtle, or Bulbasaur?

JR: Definitely Squirtle because Blastoise is my dude.