There’s A Bright Future For Conveyer On No Future 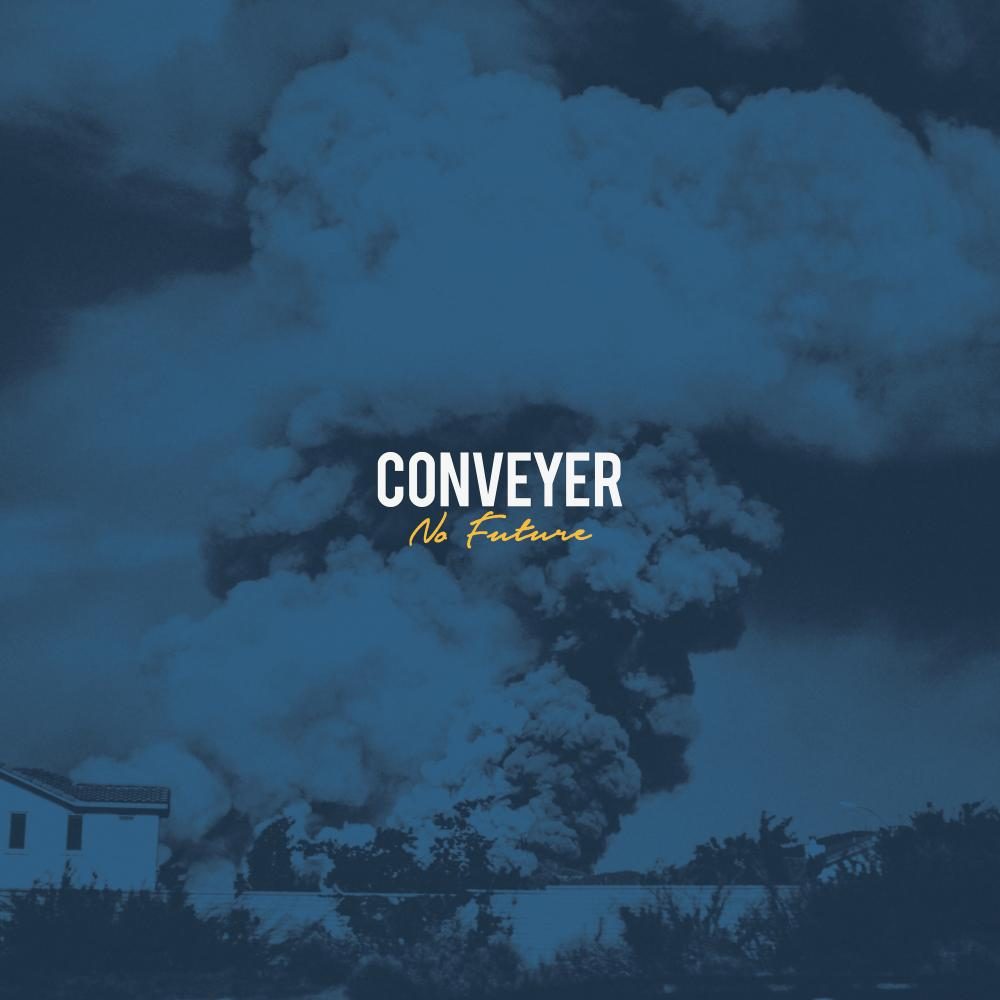 On their second album, No Future, Conveyer go all out and give off enough energy to power an entire city. (Image courtesy of Victory Records)

Since 1989, Victory Records have been known as the label that most hardcore and post-hardcore bands should sign to. Victory has signed several well known and popular acts such as Snapcase, Counterparts, Grade, Deadguy, Terror, We Ride, and others. While the label has signed other bands from other genres such as rock, metal, and pop punk, Victory will always be a hardcore label that knows which hardcore bands have a lot of heart, like Conveyer.

Fueled with emotion and brutality, the Eau Claire, WI, based hardcore act show the world that Victory are still the kings of the mosh pit. On their second album, No Future, the band composed of vocalist Danny Adams, guitarist Ty Brooks, guitarist and backing vocalist Jared Evangelista, bassist Jake Smith, and drummer John Gaskill go all out and give off enough energy to power an entire city. Produced by Greg Thomas (Shai Hulud, Misery Signals, With Honor), Conveyer give their all on their second album, which Brooks says sounds like “…a Conveyer live show on record,” according to a press release. If you seen footage of any of their live shows, then this album is a real treat.

No Future starts off with the powerful opener “Dust”, a two minute and seventeen second track filled with pure emotion and heart, with each member giving their all on this short track. Don’t worry; the rest of No Future doesn’t lose any speed. The rest of the album is filled with the same amount of energy, being a delight on your ears. Every song on No Future will make you feel like the king of the mosh pit.

On each of No Future’s eleven tracks, you can hear a major difference from their 2015 Victory debut When Given Time to Grow. Their songwriting abilities have grown stupendously, which can be heard on tracks like “Whetstone” and the title track. On “Whetstone,” Conveyer tells a story about the current world. In a press release from Victory Records, vocalist Danny Adams states, “This song was inspired by experiencing the hurt and stress that I’m sure a lot of Christians my age have gone through. We have all seen how taxing and frustrating dating and serious relationships can be between the religious beliefs of two people, whether too similar or too divided. ‘Whetstone’ is my take on digesting this experience and re-evaluating what I believe on these relationships.”

The message of Christians living in a broken world can be found on the track “No Future”. By reading the song’s lyrics, it’s clear as day as to what Conveyer are talking about. Adams screams on the track, “Empty hearts and muted voices are the fabric of this world/ With spirits sunk so low you can see the bottom/ There’s a hole deep within us all, never fulfilled/ Let us say a prayer for those who walk the earth when we’re no longer here/ Destroy our indifference and burn with despair/ Forgive my ignorance, this is all I can bear”.

No Future is also filled with other stellar tracks, like “Disgrace”, “Haunt”, “Drift”, “New Low”, and the album’s powerful closer “Parting Words”, which ends with the powerful and heavy lyric, “Let these words ring out forever/ I’ll scream until my last breath.”

No doubt about it, Conveyer’s second album proves that not all bands suffer from a sophomore slump. If you love emotional hardcore bands such as Counterparts, Defeater, and Worthwhile, you’ll enjoy Conveyer. The band is currently on tour in support of No Future, which wraps up on Saturday, June 24, in their hometown at the Plus.